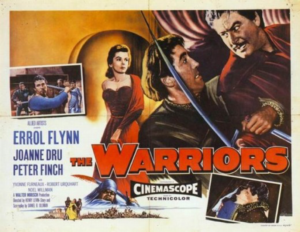 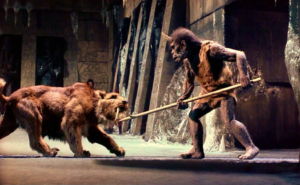 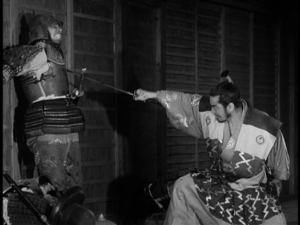 The Return of the Musketeers 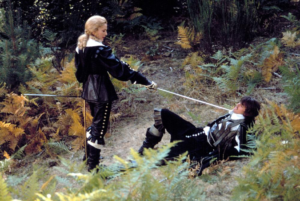 This is the belated sequel to The Three and Four Musketeers of 1973-74, those highlights of director Richard Lester’s career, an attempt to recapture the magic of those films with the same writer and largely the same cast as the originals. There have been scores of screen versions of The Three Musketeers, but Dumas’s sequel, Twenty Years After, is rarely filmed, mostly I think because its broad scope and wide-ranging plot aren’t easily shoe-horned into the feature film format. Reviews often refer to Return as a “loose” adaptation of the novel, but actually George MacDonald Fraser’s script is remarkably faithful to Dumas’s story. And that faithfulness is where it goes wrong, because trying to jam the whole book, plus new scenes featuring Cyrano de Bergerac (added, apparently, just because he could), into less than two hours was a big mistake. Fraser’s one of my literary heroes, but he’s blundered badly here; where his adaptation of The Three Musketeers unrolls across two movies and four hours at just the right pace for the material, Return is rushed and confused, and even has added (and awkward) voiceover narration by d’Artagnan here and there to try to explain what the hell is going on. That kind of desperate ploy in a movie is nearly always an admission of storytelling failure, and it doesn’t work at all well.

The original films were a near-perfect balance of drama and comedy, of action and character scenes, tense where they needed to feel dangerous and loose when conveying the happy camaraderie of the heroes. Here the balance is off, leaning too heavily on slapstick, which often feels forced and just isn’t very funny. Reprising their rôles as d’Artagnan, Aramis, and Porthos, Michael York, Richard Chamberlain, and Frank Finlay all seem vaguely embarrassed at being involved in what amounts to tiresome self-parody. Even the usually unflappable Christopher Lee, returning as Rochefort, seems to be wondering what he’s doing in this thing. Only Oliver Reed plays his part with conviction, and as a result his Athos is the anchor to the whole picture. Reed is spot on, never lets up, and shows more stature and gravitas than the rest of the cast put together.

The plot isn’t easily summarized; suffice to say it involves the musketeers in exploits in civil wars in both France and England, while they try to avoid falling prey to the vengeful assassination attempts of Justine de Winter (Kim Cattrall), the now-grown daughter of Milady, arch-villain of the original films. Athos’s adopted son Raoul (C. Thomas Howell) is thrown in to provide a love/hate interest for Justine, but he’s barely fleshed out, and is just as much a stuffed shirt here as he is in Dumas’s later novels. The less said about Howell’s acting the better, and while Cattrall is energetic, she doesn’t have a tenth the screen presence of Faye Dunaway as Milady. Even the swordplay is off: though the fights are arranged by the great Bill Hobbs, who did the original films (and is still working today, now on Game of Thrones), Lester seems to have lost the touch for desperate mayhem that served him so well in Robin and Marian and the first Musketeers films. Every once in a while there are flashes of his former greatness, as in the woodland encounter between Justine and Raoul, reminiscent of Ridley Scott’s work in The Duellists. And there’s one great character scene near the end where Athos and Aramis finally get the better of the wily Cardinal Mazarin (Philippe Noiret) and extort from him the musketeers’ long-overdue rewards. But mostly this movie will just make you want to go back and revisit those career-defining masterpieces whose magic it tries—and fails—to recapture.