Of Swords and Plumes 006: Joe Abercrombie’s “Half a King” 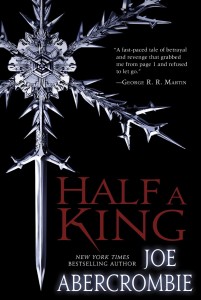